How to Implement Diversity, Equity, and Inclusion in the Workplace 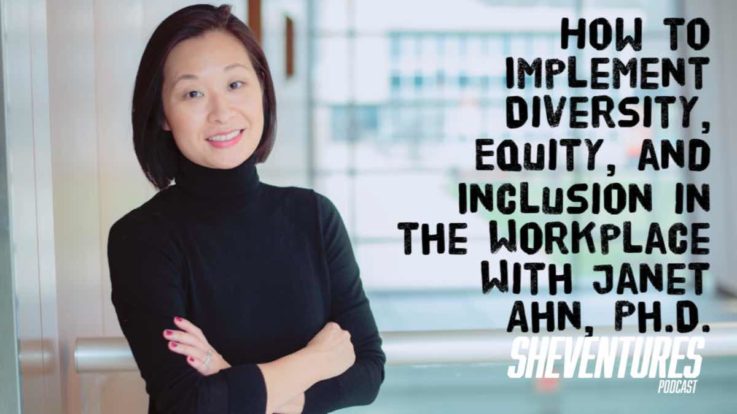 Six months before she was due to receive tenure (which is highly coveted in academia), in the midst of a pandemic, this psychology professor left it all behind.

Janet Ahn, Ph.D., pivoted from academia and entrepreneurship to consulting for large companies such as Procter and Gamble, before joining MindGym (a behavior change company for organizations and corporations) as chief behavioral science officer. Now, she focuses on the science to support workplace diversity, equity, and inclusion (DEI).

Ahn discusses why traditional approaches to DEI in the workplace aren’t successful — and maps out the psychological pillars that should be a part of any workplace DEI efforts.

Ahn also reveals how a marshmallow drew her to psychology despite her first-generation Korean father not considering it a “real” science, the truth behind intellectual differences between men and women, and the steps to effectively implement DEI in the workplace on this episode of SheVentures.