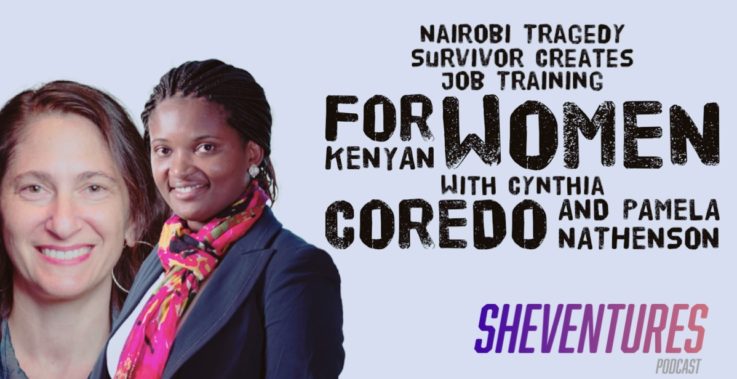 Cynthia Coredo’s childhood was rife with loss. At age 6, her father was murdered. Coredo witnessed his lifeless body lying on the streets of Nairobi, the capital city of Kenya. As a teen, she lost her older sister to illness and her mother to suicide, the result of depression from joblessness.

Coredo embraced the realization that she was responsible for raising her siblings and herself, and she knew that vocational training and education would be the pathway to self sufficiency. As a result, Coredo recognized a broader vision and created Footsteps — a leadership and entrepreneurial incubator for young women and girls.

With three grants totaling about $5,000, World Connect, a nonprofit that invests in sustainable grassroots projects, collaborated with Coredo to expand her vocational vision. To date hundreds of Nairobi women have been taught vocational skills and placed in internships; the majority now work full time.

Pamela Nathenson, executive director of WorldConnect and two-time guest of SheVentures, emphasizes that World Connect has a high project success rate after several years because of the nonprofit’s emphasis on local entrepreneurs being the key to understand the roadblocks in their own communities. WorldConnect provides some of the capital to jumpstart their solutions.

In sum, these two women — one in New York, one in Nairobi — are working for the betterment of women in under-served, poor, and slum communities.

On International Women’s Day, listen to this riveting story and consider how you can effect change for women and girls internationally on this episode of SheVentures.