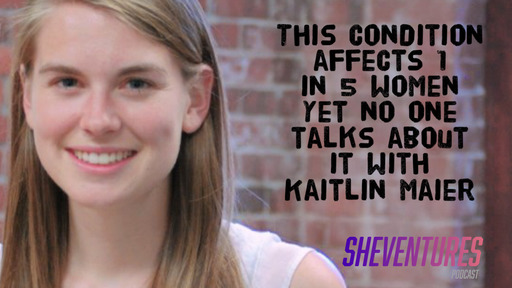 From a young age, Kaitlin Maier’s parents were huge advocates for her pursuing a career in STEM, which still sees female participation at a paltry 28 percent of the workforce.

A mechanical engineer, Maier wanted to do something in the often-overlooked field of women’s health. While in college, she stumbled upon pelvic organ prolapse (POP), a condition that affects 35 to 50 percent of women — of all ages. In severe cases of POP,  the uterus can protrude from the vaginal opening. With such high numbers, it’s surprising more women don’t know about the condition. Maier and her team want to change that.

The current most popular form of treatment for POP is called a pessary, a silicone device inserted into the vagina to support the surrounding organs: the bladder, vagina, uterus, cervix, and rectum. But current iterations of this device are often difficult for women to use, according to Maier’s research, resulting in doctor visits every few months and even surgery in some cases.

Enter Reia, the femhealth company of which Maier is co-founder and CEO, and the company’s innovative product that wants to reshape the industry around POP. Maier and her co-founders have developed a new form of pessary that women could potentially use themselves, reducing the total number of doctor visits per year, thereby reducing their healthcare costs as well as increasing their self-confidence and autonomy. Reia recently received a grant of $1.9 million from the National Institutes of Health (NIH).

Listen as Maier discusses POP, the process through which medical devices get funded, how femhealth entrepreneurs can seek NIH grants, and advice for small business owners in the medical field on this episode of SheVentures. 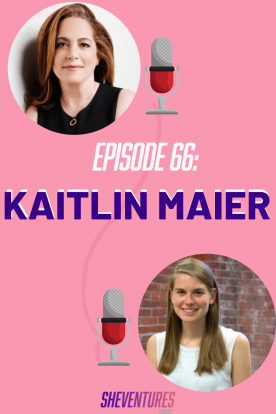