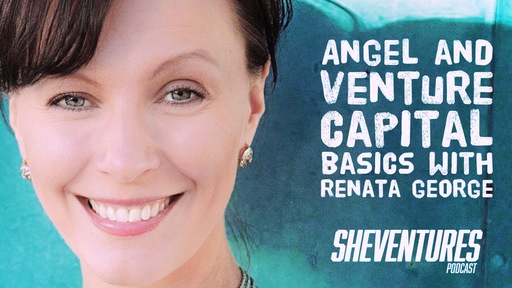 A med-school dropout turned entrepreneur, author, angel investor, and venture capitalist, Renata George is doing her damnedest to pave the way for women in the VC industry. Born in Poland, George spent most of her life in Russia and studied in the U.K. She launched a media business in the former USSR and had a successful exit, making it possible for her to become an angel investor and venture capitalist herself.

On a “short trip” to the U.S. in 2012, George woke to a Twitter message informing her she had been named on Forbes’ list of female angel investors to watch. She’s been here ever since.

On this episode of SheVentures, George breaks down the stats in her uber data-driven approach and reveals the mistakes female entrepreneurs are making when raising capital.